What I Got For Christmas Part 7 – Spiderman Monopoly

Everyone knows: I love Monopoly

So it’s no surprise that my uncle would get me Spiderman Monopoly… Something that combines my love for Marvel Comics and my love for World Conquest through capitalism. 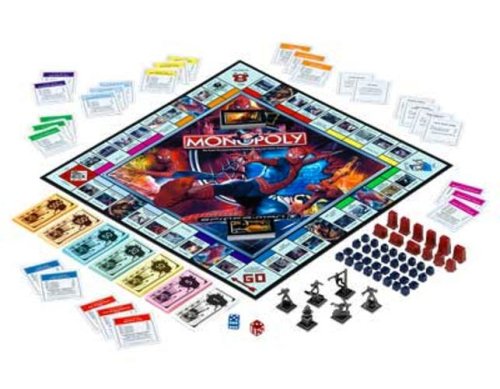 I even got to play a game where using my mad trading skills, I was able to secure what most people would call the “3 light blues”, and go to town with some serious 4 house action. All in all, a great game.

I really don’t talk about Monopoly for as much as I play it. In fact, I play computer monopoly almost once a week while watching Star Trek just before bed. I am constantly trying out “variations” on the game to see how it changes the strategy. It’s amazing how well balanced the real rules are (and how fast the game can go when you play correctly). In any case, here are the rules I am currently in love with for the increase difficulty it seems to provide:

So yeah, that’s how I play Monopoly these days by myself… How do you play?