What I Got For Christmas Part 12 – Wii Play

One of the Wii games I got for Christmas this year was Wii Play, the game that came with the Wii in Japan and is kind of the “sister” game to Wii Sports: 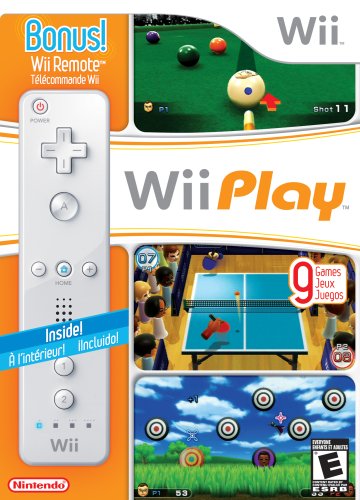 So far, I haven’t found this game to be to exciting. It’s basically a training game for how to use the Wii, something I’ve known for quite some time. Now that I have it, I believe this game is really only worth getting if you need the extra wiimote. Don’t get me wrong, it’s not a horrible game, it’s just not one that is worth the $50.00 price tag.

In any case, I know how 5 wiimotes, which is nice because I can leave one in my Guitar Hero Guitar and not have to take it out all the time. It also means that I don’t have to worry about breaking one for a little while… I’m considering copying my mii onto it and just carrying it around in my jacket pocket. Afterall, with close to 16 million units out there, I’m finding that I can find places to play just about everywhere I go.

Next post: What I Got For Christmas Part 13 – Roasted

Previous post: What I Got For Christmas Part 11 – Legos!