This was the item I wanted more than any other item on my list: 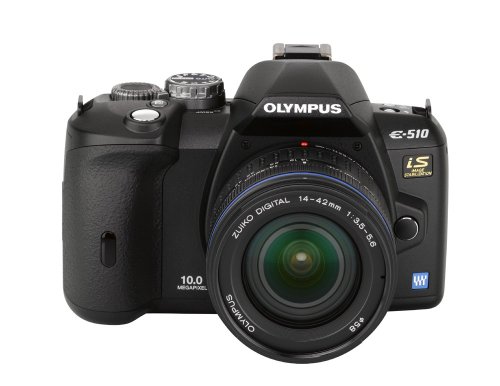 Actually, what I had put on my list was a dSLR camera (preferably Nikon or Canon) and of course, being me, I had given them a few models that I thought might work well. My wonderful parents had gone camera hunting and were price shopping more or less. Of the places they had gone, they were pretty sure that they were going to go the route of Nikon because I had asked to make it at least someone compatible with my dad’s real SLR camera.

In any case, they happened to make their way over to National Camera Exchange where they asked the guy which camera he would get… And he told them neither and recommended this one instead. At first they hestitated, but then the guy did something with all 3 camera’s. It had been snowing I guess, and he took the zooms on each camera and put them on maximum and pointed it at a snowflake on a window on the opposite side of the room. With no tripod he proceeded to take a picture with each of the 3 cameras.

All three had absolutely no problem zooming in that far (a function of the lense), nor did they have a problem focusing. Where the olympus won though was it’s image stabilizer. It seems that the canon and the nikon both were unable to stablize the image enough to prevent motion blur at that high a magnification level. So my parents, being the smart people they are, listened to the guy at National Camera Exchange, and got that camera for me.

At first I hestitated and though I should take it back to get one of the two that I had heard so much about. But after playing with it for a month now, I am very satisfied. Here’s what I like and what I dislike:

You can probably guess what will be at the top of my list next year: Lenses ;-).

In fact, once I’m married and hopefully have a little bit more money to throw around (it seems a lot of money at the moment is going towards the upcoming wedding), and will be able to pick up two lenses I really want… Namely:

Hmmm, maybe I can sneak them onto my wedding registry somehow ;-).

Next post: What I Got For Christmas Part 19 – A Camera Battery

Previous post: What I Got For Christmas Part 17 – King Size Bed Sheets